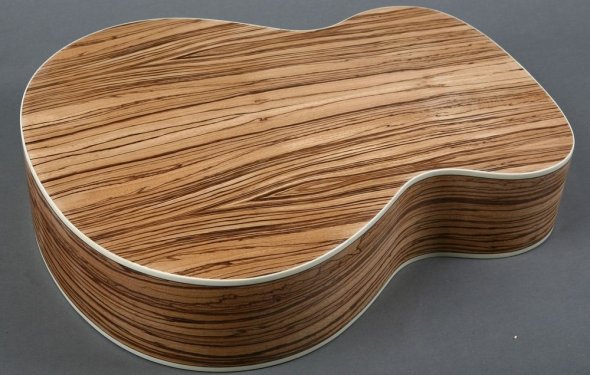 Les Paul style kits are a popular choice for guitar builders. This mirrors actual sales of electric guitars with the Gibson Les Paul remaining very popular up to this day along with the Gibson SG and Les Paul Jr. But how simple are Les Paul Guitar Kits to assemble? Do they sound anything like the real thing?

Why Buy a Les Paul Kit?

Why not purchase a Stratocaster or Telecaster Kit? Why are Les Paul guitar kits popular? It really comes down to the style of music you prefer playing. Les Paul’s are fitted out with two humbuckers (more on guitar pickups here) allowing for more gain than a single coil guitar such as a Stratocaster, making them ideal for rock and heavier styles of music.

Check Out These LP Kits at Great Prices

Les Paul’s are traditionally a warmer sounding instrument and many argue they also have better sustain, largely due to the set neck as opposed to the bolt-on neck most commonly seen on Fender style guitar kits. While some may make the point that these qualities are only the case with an actual store bought instrument, many of these characteristics of the guitar are due to the style of the guitar e.g. shape of the body, timber used for crafting the body, the bridge, and electrical components.

Obviously if buying a sub $250 Les Paul Guitar kit the pickups and associated hardware won’t be of the same quality (far from it in fact) but in most cases, the body will be made from Mahogany with flamed maple top. In most cases however the maple top is a veneer as opposed to a maple cap which is typically 10mm in depth.

Check out this video to see how a Les Paul Guitar Kit sounds: (*please note the owner has fitted this out with Wilkinson Pickups)

You are probably familiar with the name Les Paul, one of the early pioneers of electric guitar and a highly regarded musical pioneer in his own right. Gibson and Les Paul collaborated on the first version of the Les Paul introduced in 1951, featuring the distinctive archtop single cutaway body, two P90 pickups and distinctive trapeze style bridge.

Ten years later most likely due to dwindling sales Gibson re-engineered the Les Paul, adding an additional cutaway and reducing the thickness of the body which eventually went on to become the Gibson SG. Best known as the guitar of choice for players such as Angus Young, Jerry Garcia and Tony Iommi of Black Sabbath.

Les Paul himself wasn’t overly impressed with the SG and parted ways with Gibson during this time. However after a number of well-known guitarists such as Eric Clapton started using the traditional Les Paul the guitar regained its popularity and Les Paul again started working with Gibson. Here’s an early clip of Les Paul playing his iconic Les Paul guitar. Out of interest, the lady in the clip is Mary Ford, Les Paul’s then wife prior to their divorce in 1961.

The key difference with the Saga LP compared to more expensive LP Guitar Kits is the fact that the body is constructed from Basswood (an inexpensive Asian timber, similar to pine) as opposed to Mahogany and flamed maple veneer top which Les Pauls are typically made from. One aspect of this guitar you will either love or hate is the harness wiring which although makes it very simple to assemble (no soldering required) will typically be noisier than a traditional soldered joint. This can obviously be worked around especially if you plan on updating the electrical components and copper shielding the cavities of the body.

All holes are pre-drilled, which will obviously save a lot of time and effort but does increase the chances of screw hole misalignment which can be a problem. The neck is also a bolt on which will obviously be a lot simpler for assembly but not as authentic as the traditional set neck Gibson Les Paul. All in all a well-regarded guitar kit for the price and a good starting point if this is your first build.

Click here for the best price on the Saga LP Kit

For most practical purposes the guitars are very similar with the exception that the LP JR features just one P90 style pickup where the traditional Les Paul features two humbuckers.

As per the Les Paul, the timber is completely sealed (basswood) and the headstock is unshaped allowing you complete creative control.

As you can see you have a few choices when it comes to purchasing a Les Paul Guitar Kit. If you are new to guitar kit building, however, I’d recommend sticking to the Saga LP as it is made with ease of assembly in mind. If however, you have already assembled a few kit guitars it might be worth your while to take a look at a higher end model.

Source: guitarkitworld.com
Related Posts
Categories
Latest Stories
Build Your own kit car Why would anyone in their right mind buy a car in pieces, then spend months...
Metal building kits arkansas Alan s Factory Outlet is a leading supplier for Amish built sheds, garages...
Model Home building kits 3-D Home Kit - for aspiring builders & architects or visualizing...
House building kits for kids Overview In this activity, you and your child will build a bat box and...
Build your own Mini engine kit Build your own working V8 engine from this 250 piece motorised plastic...