Build Your own kit car 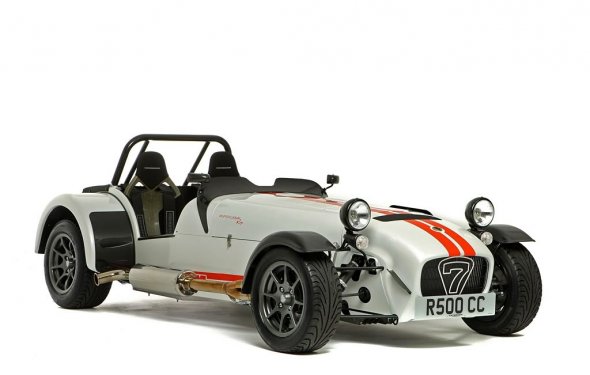 Why would anyone in their right mind buy a car in pieces, then spend months (maybe years) painstakingly putting those pieces together, and paying for the privilege? Because if you like tinkering with all things mechanical there's nothing more rewarding than building and driving your own car.

Some of the kits can be expensive, but there are plenty of cheap kit cars available out there. To save you the trouble of finding them, here is a list of five cheap kit cars. The list is based purely on estimated final build cost.

Manufactured by Sylva Autokits Ltd, the Spectre is a new (2009) kit designed to encapsulate the "classic" designs of Motorsport in the 1960’s. This is a lightweight performance kit car based on the Sylva Riot (see below). Virtually any engine can be used in the Spectre, be it car or bike. The final build price will be around $15, 000 or £9, 000.

Another one from Sylva Autokits Ltd, this is not only a cheap kit car, it's a powerful one too. There are two variants, one powered by the Yamaha R1 motorcycle engine called the R1ot (see what they did there?) and the other powered by the Ford Zetec SE engine. The advantage of using the bike engine is that it’s light and powerful, so it obviously gives a better power-to-weight ratio, but there's no reverse gear! The Ford Zetec engine allows for a smoother driving and acceleration experience (plus a reverse gear) but is less powerful. Donor components for this kit can be taken from the Ford Fiesta Mk4, which includes the Zetec engine if that’s the option you go for. This has got to be one of the best-value kit cars out there in terms of the performance you get.

Vindicator Cars Ltd are well known in the kit car world for manufacturing great cheap kit cars. The Sprint is their most popular range. The only difference between the Mk 4 and the Mk 3 is some revised bodywork. The Mk4 XL (pictured) also has a larger boot space. The donor vehicle for components is the Ford Sierra. Several engines can be used, apart from the one on the Sierra, including the Vauxhall XE and Cologne V6. This is a kit car that that looks good and offers great value for money.

Update: The owner of the car in two of the pictures above has been in touch. This car was completed in 2007, has a Vauxhall 2 Litre XE "Red Top" Engine and is fitted with custom dials made by ETB Instruments in matching yellow and black, plus Cobra seats (thanks for the info).

Great British Sports Car Ltd (formerly Robin Hood Engineering) is another manufacturer with a reputation for producing reliable, cheap kit cars. The Robin Hood Project 2B kit car is the most popular from this manufacturer. The chassis is made from tubular steel, or "tubey" (2B) for short, and is for people who want to build a roadster on a budget. As the cost suggests, this is certainly a no-frills kit. The donor car is a Ford Sierra (1600cc, 1800cc, 2000cc Pinto) and you should be able to get everything you need from the one car. The Robin Hood company motto is “One kit + one donor vehicle = car on the road." V6 and V8 engines can also be used, as well as motorcycle engines with some modification to the chassis. In terms of price, this has to be number two on the list.

This is the most interesting kit car in the list. Mainly because it isn’t a kit, only a book. For those who don’t know, Locost (low cost) is a generic name that refers to any self-built clone of the Lotus 7 two-seater sports car, based on the book by Ron Champion called Build Your Own Sports Car for as Little as £250. Building a Lotus 7 style car now costs slightly more, but Champion’s book is still used as a plan. Not only do you build the car itself, but you also assemble the kit itself to your own specification. As such, build cost and performance vary, but if you are looking for a cheap kit car, it doesn’t get any cheaper than this.

Source: axleaddict.com
Related Posts
Categories
Latest Stories
Build Your own kit car Why would anyone in their right mind buy a car in pieces, then spend months...
Metal building kits arkansas Alan s Factory Outlet is a leading supplier for Amish built sheds, garages...
Model Home building kits 3-D Home Kit - for aspiring builders & architects or visualizing...
House building kits for kids Overview In this activity, you and your child will build a bat box and...
Build your own Mini engine kit Build your own working V8 engine from this 250 piece motorised plastic...