Build Your own drum kit 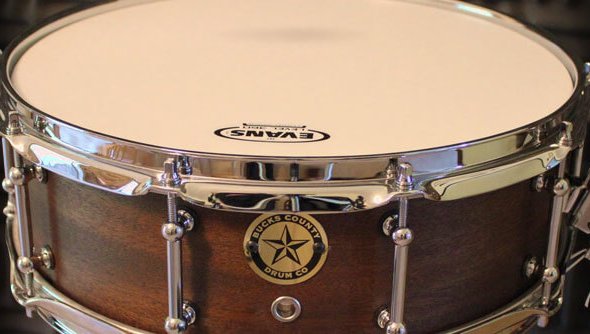 Of all the reasons you might have for wanting to build your own drum kit, the most important one has nothing to do with being practical. It has to do with desire. Because the thing about building your first kit – the thing I learned, anyway – is that it really needs to be a labor of love. A project with so many finicky little pieces and irreversible steps will always take longer and be more fraught with setbacks than you want to believe at the outset.

That being said, after the struggle is over and you’re able to sit back and take a long, loving look at this fully formed instrument you just brought into the world, you’ll forget all about that other stuff and simply bask in the warm glow of satisfaction that comes with seeing something like this through – preferably while wailing away on it with sticks.

So just to be clear: Building your own drum set from scratch is 100-percent worth the effort. Just don’t expect the wrong kind of reward.

If your motivation is merely to save money, for instance, the justification for this project is going to be hard to square, especially if you believe your time is worth anything at all. As any drummer knows, we live in an age of plenty when it comes to gear, and it’s scary-easy to go online right now and buy a perfectly playable, brand-new, entry-level drum set for a few hundred bucks.

Sure, you could go the DIY route with only the cheapest materials available and quickly slap together your own version of one of those off-brand student kits. But even if you could do it cheaper (doubtful), all you’ll have to show for your considerable effort is … a crappy drum set. And there are enough of those in the world already.

If you’re going to do it, do it right. Aim as high as your budget will allow, and build the kit you want.

If you succeed, you’ll have something that could very well rival a high-end offering from a top drum manufacturer. If you fall short, you’ll still end up with something you can be genuinely proud of, even with some ruined shells or other catastrophes factored in. Granted, the chances of you slam-dunking this thing on your first try and rivaling the decades of experience hard-earned by those who make their living building drums is fairly slim. But you’re guaranteed to learn a thing or two, and maybe even enjoy it. Who knows, this could trigger a waterfall effect and before you know it, you’ll find your name situated among the titans of drum making. One step at a time, though.

Source: drummagazine.com
Related Posts
Categories
Latest Stories
Build your own bass Guitar kit Details Ever wanted to build your own bass guitar? Now you can with this...
Metal building kits arkansas Alan s Factory Outlet is a leading supplier for Amish built sheds, garages...
Model Home building kits 3-D Home Kit - for aspiring builders & architects or visualizing...
House building kits for kids Overview In this activity, you and your child will build a bat box and...
Build Your own Mini bike kit If you are looking for a fun, hands-on project to work on without the need...