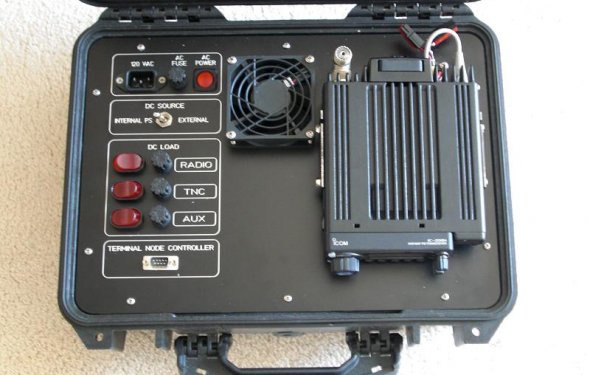 The crystal radio project was one of our first electronics projects beyond the color-coded snap-together circuits that crop up in many households when kids are little. My oldest student did the pencil resistors project as his very first school science fair project. He followed that up the next year with the Build Your Own Crystal Radio experiment. (Note: Both of these projects are ones he selected because they appeared in the list of recommendations after he used the Topic Selection Wizard.)

The crystal radio project is frequently among the most popular electronics explorations at Science Buddies. It is, after all, a classic introductory electronics project. Plus, this is a hands-on science exploration that gets bonus points for novelty and wow-factor. A radio you can listen to without a battery? And, these days you might add, without a solar panel?

That's pretty nifty electronics for many kids, and after going through the steps of building something hands-on, you get to put it to the test and see what stations you can tune in. Any confusion over why this radio is called a "crystal" radio is quickly cleared up during background research. (Hint: "crystal" is related to the fact that a crystal diode, often a germanium diode, is at the heart of the circuit. Learn more about the history of crystal radio sets in this interview.)

There are many, many ways to assemble a crystal radio. The year my son did the project, the kit at Science Buddies was much different than the kit now sold in the Science Buddies Store. The project, too, was older and did not contain the abundance of photos to help guide the build the way the updated Project Idea does.

A New and Improved Kit and Scientist-guided Procedure

This year, the Crystal Radio Kit sold in the Science Buddies Store was updated to address some common stumbling blocks and user feedback from students and families who had built crystal radios using the earlier kit, materials they gathered independently, or other novelty or toy-store science kits. Along with the changes to the kit materials, the corresponding Project Idea and step-by-step procedure got a snazzy face lift. As the new kit made its way into the Science Buddies Store, we put a few of the procedural steps in action to see how the new kit and the old kit compare.

When my student built his crystal radio for the science fair, he ran into a bit of trouble making "taps, " a fairly common approach in building a crystal radio. (After making a series of "taps" along the coil, you clip alligator clips to the taps to see what stations you can hear.) Unfortunately, to make those taps, you have to strip the coating from looped sections of wire after every so many wraps around the coil—while keeping the coil nice, tight, and in place. Depending on your materials, this procedure can work, but we had trouble.

My student ended up using a hodgepodge approach and breaking the wire at the loops, stripping the ends, and twisting them to form the taps—no loops in sight. It was an important learning step for my student because we had to troubleshoot to find a way, with the materials we had, to do what we needed to do. In trying to sort out how to rig another portion of the circuit, he learned a lot, too, about where the current goes and whether or not it matters if things are clipped together—or just touching.

In the end, his crystal radio worked. He dropped a ground wire out the bathroom window, tied it to a pole next to the house, and strung antenna throughout the house at ceiling level. Then he sat in the hallway, ceramic ear piece in his ear, and he tried out his taps to see what stations he could hear. The stations he picked up with his indoor antenna are not ones that will replace a stash of MP3s, but the experiment was a success—and a winner at the school science fair, too.

The old crystal radio kit worked, and he had a great time with the project. But building the crystal radio using the new kit was even easier!

A Classic Project Made Even Better

The entire project has been rewritten to use a new set of supplies that remove the hurdles and headaches that many students (and sometimes their parents) run into when trying a crystal radio project. In the new kit, there are no taps. Instead, the kit uses a thinner gauge wire, and once the coil is wrapped, students use a brass tuning rod to search for stations. Very cool!

Say goodbye to the ear piece, too. While an ear piece currently still comes in the Crystal Radio kit, the new kit contains a speaker/amplifier element that lets students hear stations much more easily.

Not only are the materials in the updated kit better, and higher quality than the ones you may find in the kinds of crystal radio kits in toy stores, but the revised procedure is loaded with awesome close-up photos that show the build, step by step. This is a great, easy-to-follow, electronics project, and the kit makes the process straightforward and hassle-free. (As a parent, I speak from experience! I took a printout of the original procedure to a local electronics store to pick up an extra spool of wire, got assistance from a clerk, and still came home with exactly the wrong kind of wire. Having the right materials in the box may make a big difference in how smoothly a student science project goes!)

Source: www.sciencebuddies.org
Related Posts
Categories
Latest Stories
Build your own bass Guitar kit Details Ever wanted to build your own bass guitar? Now you can with this...
Metal building kits arkansas Alan s Factory Outlet is a leading supplier for Amish built sheds, garages...
Model Home building kits 3-D Home Kit - for aspiring builders & architects or visualizing...
House building kits for kids Overview In this activity, you and your child will build a bat box and...
Build Your own Mini bike kit If you are looking for a fun, hands-on project to work on without the need...